“And he, the said Wirz, still wickedly pursuing his evil purpose, did establish and cause to be designated within the prison enclosure containing said prisoners a “dead line,” being a line around the inner face of the stockade or wall enclosing said prison and about twenty feet distant from and within said stockade; and so established said dead line, which was in many places an imaginary line, in many other places marked by insecure and shifting strips of [boards nailed] upon the tops of small and insecure stakes or posts, he, the said Wirz, instructed the prison guard stationed around the top of said stockade to fire upon and kill any of the prisoners aforesaid who might touch, fall upon, pass over or under [or] across the said “dead line” ….” [“Trial of Henry Wirz,” Report of the Secretary of War, Oct. 31, 1865]

A prisoner tries to escape and crosses the “dead line” and the guards have cause to shoot the prisoner.   Crossing the deadline meant certain death.   Newspapers picked up on that term and used it to define a moment in time where what was ready to print was put into print.

Today a deadline is used to mean it must be done by this time.   The deadline to get this or that done often passes by nearly unnoticed in some domains.  A deadline merely marks the desire for something to be completed.   What deadlines have you watched go by?

In the civil war the prisoner’s didn’t have the luxury of watching a deadline go past, they knew that a deadline meant a certain finality.  At one time a deadline was enforced, now it is a term that doesn’t carry the weight or final conclusion that it once did.    You’ve reached the deadline and find that you are unable to cross it.

The deadline now lives in our imagination rather than being an imaginary boundary around a prison.   Our boundary line which we have declared holds us back from being the kind of person we could really be.  What is your deadline?  How close is it to your prison walls?   What would happen if you crossed that deadline?

What prison do you find yourself in?   What are you doing to cross the deadline? 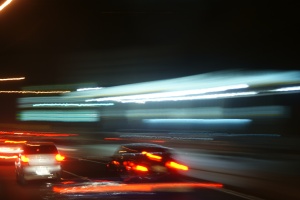